To review a list of known issues we are working on please visit our Workday Finance status page.  Have something additional to report?  Contact askfinance@virginia.edu

The team will be doing ongoing cleanup through October. Initially, the Gifts Team only converted the Primary Gift that schools/units provided, as Workday does not have the capacity to link more than one Gift to a Named Professorship. The team is still investigating other routes we can take to get this data visible in Workday, or whether this information should be stored outside of the system. As a part of this initial exercise, units also provided information on duplicate and old records that need to be removed from Workday, and will collaborate with HCM on this cleanup in October.

Should units need to make a change from original submissions, please contact askfinance@virginia.edu 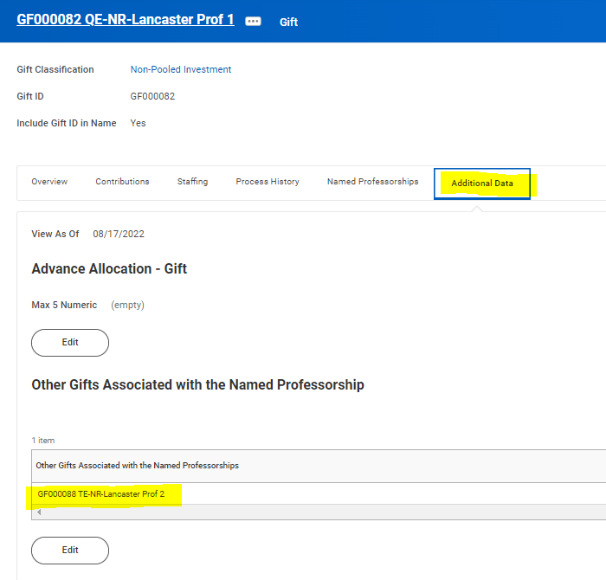 Reports that units can run to view named professorship: